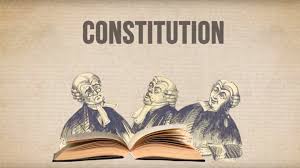 The Rules (Constitution) of the Trust is a lengthy and detailed document. The following Statement of Principles summarises the key principles on which the constitution is founded and offers a resume of how the Trust will be able to wield influence at Celtic Plc through the marshalling of voting power.

The business of the Trust is to be conducted for the benefit of the community which Celtic Football Club serves and not for the private financial profit of the Trusts members. Therefore the profits or surpluses of the Trust are not to be distributed either directly or indirectly in any way among members of the Society but shall be applied:

In keeping with its philosophy, and within its capability the Trust will co-operate with other Supporters Trusts, co-operatives and their associations at local, national and international levels who share the objects of the Trust. A copy of the Celtic Trust constitution, approved at its first AGM in September 2000, is available on request.

The day-to-day management of the Trust will be entrusted to an Executive Committee (the Committee) made up of eighteen members, thirteen elected by the membership and five appointed. The Committee shall consist of: The officers of the Committee who will be five in number:

The principle behind the Trust is that the whole is worth more than the sum of the parts. The objective of the Trust is to act as a collective voice on behalf of all of its members.

How is this achieved in practice? Shareholders are the owners of any company. In return for providing finance to the company through the purchase of shares, company law provides those shareholders with certain rights: e.g. the right to vote at general meetings of the company and the right to receive dividends. The Trust’s collective voice or influence arises through its entitlement to speak on behalf of shares held by its members in Celtic Plc. This happens in one of two ways.

This assignation does not affect your rights as a shareholder to either receive any dividends declared by Celtic Plc in respect of your shares, or to sell your shares. You continue to hold the share certificate and receive all formal communications from Celtic Plc. What is transferred to the Trust are the voting rights in respect of those shares, not the ownership. Anybody who joins the Celtic Trust and who owns shares in Celtic Plc will be asked to assign their proxy voting rights in respect of their shares in Celtic Plc to the Trust by assigning proxy forms. Assignation of the proxy voting rights of members is the basis of the collective strength of the Trust.

The collective strength of the Trust is applied once policy matters of principle, such as the approval of motions for submission to the AGM of Celtic Plc, have been established via a ballot of all members, or through a show of hands at a meeting of the Trusts members, on a one-member-one-vote basis.

The agreement to transfer the proxy voting rights to the Trust can be cancelled at any time by providing written confirmation to the Trusts Secretary. If the member of the Trust subsequently attends the Celtic plc AGM then company law dictates that the proxy would automatically become invalid, but it would obviously be expected that all Trust members in attendance would vote in accordance with Trust policy. Trust members would be expected to give 14 days notice to the Secretary of the Celtic Trust that they intended to attend in person. Where it became known that a Trust member voted against Trust policy at a Celtic Plc AGM they would be expelled from the Trust.

To summarise: what you give up when you pass your proxy to the Trust is the right to vote those shares. Instead, however, you have the right to vote, on a one-member-one-vote basis, and be heard within the Trust. You remain the legal owner of the shares in Celtic Plc; you remain entitled to sell the shares at any time; you remain entitled to receive any dividend declared by Celtic Plc. In addition, you are entitled to cancel your proxy at any time, though this will mean giving up your membership of the Trust.

If you would like a copy of the full constitution, please email trust@celtictrust.net