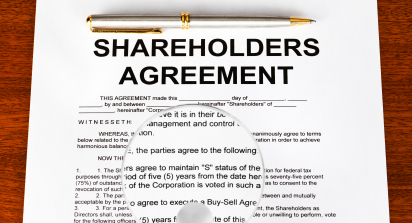 On 8th August 2021 the Celtic Trust wrote to the PLC Board via the Company Secretary, Michael Nicholson, regarding some issues we wished to raise regarding the standards of corporate governance at Celtic PLC.  We received a response on 6th September 2021 from the Company Solicitor.  The letter and the associated responses (in bold) are shown below:

Celtic adopted The Code in 2018. The Constitution and Terms of Reference (ToR) of the Nominations Committee published on the company’s website hasn’t been updated since 2005. Those ToR require there to be at least one meeting per year. The Report and Accounts to June 2020 state there weren’t any such meetings. I’d be grateful for your comments in this regard.

The Code is concerned, inter alia, with culture, communication and clarity and considers clear disclosure as important. The Code considers that NEDs who have served concurrently with management for more than nine years could be hindered in their ability to be objective. Four of five of Celtic’s NEDs come into this category and did not consider it necessary to meet in the last financial year to consider their own positions and possible changes to their constitution . I’d be grateful for your comments in this connection.

Celtic has an on-going commitment to applying good corporate governance principles and applies the Code.  The Code provides that “the fact that a director has served for more than nine years does not automatically affect independence” and that “the board should make a decision regarding such a director’s independence and ensure that this is discussed with key investors well before the AGM. It is good practice for any such director to be re-elected on an annual basis, if this is not already a board policy for all directors.”  In line with the guidance in the Code, the Board assesses the independence of each of the independent non-executive Directors on an annual basis.  For the year ended 30 June 2020, the Board determined that all of the continuing non-executive Directors were independent throughout the year and continued to be so. Please refer to page 29 of the Annual Report for further details of the Board’s determination.  In addition (and in line with the guidance in the Code), each non-executive director who has served for more than nine years on the Board retires and offers himself for re-election at each AGM.

The Code considers that ‘companies with a dominant shareholder must carefully consider putting in place arrangements to protect minority shareholders. Accepted good practice may include putting in place contractual arrangements such as a relationship agreement’.  Mr Desmond can be properly described as a dominant shareholder and, very likely, a controlling shareholder when non voting untraced shares and full dilution are accounted for. Can you confirm whether or not any such relationship agreement is in place with Mr Desmond?

There is no relationship agreement in place.  There is no specific legal or regulatory requirement for a relationship agreement and this is typically a matter assessed and determined by a company’s Nominated Adviser (Nomad) prior to the company being listed on the AIM market.  The Board and its Nomad (Canaccord Genuity) are satisfied that Celtic’s governance structures are appropriate and protect the interests of all shareholders, and details of these are set out in the corporate governance disclosure documentation on the Club’s website.

Mr Lawwell resigned from most but not all of his Celtic directorships. I’d be grateful if you could confirm whether Mr Lawwell has any ongoing executive responsibilities as the announcement of 29 January was not clear in this regard

Mr Lawwell remains a director of The Celtic Football and Athletic Company Limited, providing support on matters relating to European football and continuing his term as a member of the Executive Board of the European Club Association, to which he was appointed before his retirement as a director of the Company.

We continue to have concerns about the standard of corporate governance at Celtic PLC and will continue to raise these issues with the Board and with other shareholders and advisers.