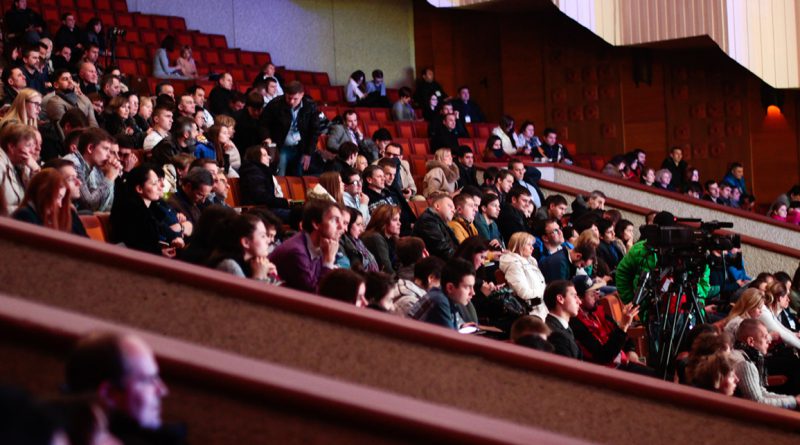 The following is a paper written by a Trustee Board member to kick off a discussion of the concept of a fan board or shadow board.  We hope to post some other pieces of information about this idea (eg from other clubs) so that readers are informed.  This issue will be raised at our members’ meeting on 8th March.

The recent European football governance crisis prompted the UK government to undertake an independent Fan Led Review of Football Governance in 2021. One of the main reasons for the crisis is due to the disinterest of large football clubs, which can include Celtic, in facilitating meaningful fan engagement that would support club governance and accountability in relation to their clubs’ football business strategies. For example, there was a recent failed ‘Super League’ breakaway where the largest corporate controlled football clubs in Europe without fans support tried to forcibly control Champions’ League football from EUFA to increase their share of the football revenue. This was a brazen attempt of the ‘big’ European football clubs to prop up their unsustainable business football strategies.  Fortunately, the fan communities throughout Europe and especially in England, engaged negatively to the ‘super league’ clubs’ attempted takeover of European football, which inevitably collapsed the ‘super league’ idea. This importantly shows that football clubs do not effectively engage with fans in relation to their football business strategies and operations and this lack of effective fan engagement has been going on for a very long time. This is despite the fact that most football clubs have fan forums and allow supporter associations to have informal meetings with club’s senior management. In other words, the current crisis shows that fan forums and limited meetings are ‘window dressing’ to be used by the clubs to pay lip service to supporters’ concerns. The Fan Led Review acknowledges that a major improvement of the governance of football clubs requires a fan advisory ‘shadow’ board. The elected fan ‘shadow’ board will be part of football clubs’ governance arrangements that include the board of directors that will monitor and ratify the club’s business plans and football strategies. It is recognized by the review that the ‘shadow’ board is the most effective form of fan engagement when fan ownership is not feasible.

Why is there a governance crisis at football clubs? One reason is that there are major problems with corporate board of directors. In practice corporate boards of directors’ dysfunction is due to many reasons including non-executive directors’ independence being severely compromised, e.g. by large block shareholder and CEO entrenchment. These problems lead to corporate boards’ excessive nodding approval towards unsustainable football business strategies. These dysfunctional strategies include excessive over-spending in first team players at the most elite clubs that generates massive debt. Whilst with other large but ‘non-super league’ clubs, such as Celtic, the unsustainable strategy involves under-investment through over selling of first team players that limits Champions league ambition and limits revenue streams. The first team under-investment is to ensure at the financial year end the club is a going concern where revenues are greater than costs.

One major issue with Celtic is it is a massive club, which is registered as a public limited company (Celtic PLC) on the AIMS London stock exchange with around 100 million ordinary shares and diverse ownership base. However, this should not hinder fan engagement in relation to ownership and governance of our iconic club. As other big football clubs obtaining majority fan ownership may be very difficult and thus other forms of fan engagement need to be considered especially a ‘shadow board’. There is a collective action problem when there are around 28,000 small shareholders as well as wealthy individual shareholders that are not represented on the Celtic PLC’s board of directors, which hold around 34% of the outstanding shares in Celtic.

There are major issues in practice with corporate boards of directors. Most board of directors most of the time are responding with excessive nodding approval and thus, mitigation arrangements need to go beyond independence of board of directors and involve a shadow board as part of a strong governance system. The board of directors become beset by inertia, hence are slow to become active when the corporation experiences a financial or a football crisis whereby mitigation requires independence directors to facilitate board moving to active mode and make step changes to strategies and operations. Further, the CEO or large block shareholder as de facto power over the board of directors in practice including: selecting the members of the board; determine what boards do and do not do, i.e. set the agenda for the board meetings; most boards of directors serve as advisors and counsellors to the CEOs and/or large block shareholders; most boards of directors do not ask discerning questions; and only a few boards evaluate and measure the performance of the CEO and select and deselect the CEO.

Celtic’s corporate board dysfunction was evident in the years leading up to as well as during the ‘ten in a row’ season. The excessive nodding approval by the Celtic PLC’s board of directors perpetuated CEO’s short-term business football strategy that saw continuous de-investment in the first team football squad over many years. This provided the opportunity for our domestic rivals to catch up in football terms. Just has important is that our football team’s performance declined so much that we could not even qualify for Champions’ League group stage football over the last few years, which massively impacted on revenues in the tune of £20 million to £30 million per year. This put more pressure on the corporate board to keep nodding approval to Celtic’s short-term football business strategy to sell our best players to make up for revenue short fall each year. One major problem with excessive nodding approval is that it weakens corporate board’s role in the governance of the CEO and the senior management team.  Unfortunately, excessive nodding approval by the board of directors leads to inertia during football crisis, e.g. as was seen in the ‘ten in a row’ season. In other words, Celtic’s board of directors’ inertia delayed the necessary step changes to Celtic’s football strategy and operations to support the team’s chance to win the ‘ten in the row’ season until it became too late.

The Fan Led Review calls for an independent fan ‘shadow board’. The independent shadow board will provide effective feedback to the board of directors and the senior management on the club’s business football strategy. The review concluded that the independent ‘shadow board’ should be engaged and consulted on a wide range of important issues including: the club’s strategic vision and objectives; short, medium, and long-term business plans; operational matchday issues of concern to supporters; any proposals relating to club heritage items; marketing, merchandising and sponsorship plans and performance; Stadium issues and plans; and the club’s plan for broader supporter engagement. However, the ‘shadow board’ will not be a forum for supporters to discuss operational football matters with the club, e.g. team formation, player performance and so on. They also concluded that the ‘shadow board’ board members should be subject to suitable confidentiality obligations to discuss most matters, although not confidential items including financial matters, with the wider fan base.

The Celtic Trust (CT) is a democratic organization with a constitution that has one-person-one vote principle that is well placed to have an active role in establishing and in governing Celtic’s ‘shadow’ board. The Celtic Trust is opened to all with at present having around 900 contributing members and holds 100,000 Celtic shares that makes it around the tenth largest shareholder. CT already plays a major role with fan engagement including supporting small shareholders re-connected with their shares, e.g. when they have lost their share certificates or need to re-register their shares. It is important to realise that CT is acting as a de facto “shadow board” and thus  is in a unique position to strengthen the Celtic fans engagement and ownership of Celtic FC with the intent that our iconic club is run in a progressive manner with integrity, transparency, and European football ambition. CT is continuously working to improve the engagement of Celtic fans. Recently CT initiated the “drive-for-5%” shareholding initiative, which would give the Celtic support the authority to call general meetings and submit resolutions to the Celtic PLC’s board. The aim of the initiative is to unite the 28,000 small shareholders as a fan voting bloc through proxy votes, which would hold both the Celtic PLC’s board and senior management to greater account at AGMs. Furthermore, CT is well placed to encourage and incorporate the worldwide Celtic fan base to be part of its remit as ‘shadow board’.

Why is the Celtic Trust the best organization to be responsible for Celtic’s ‘shadow board’? The Fan Led Review emphasised that the ‘shadow board’ needs to be independent and have elected supporter representatives from a cross section of the supporter base.  The Celtic Trust was formed and structured so supporters and shareholders in Glasgow Celtic football club might pool their voting rights in order to provide an institutional framework within which supporters could influence the running of the club. The Celtic Trust has a tremendous amount of experience on facilitating and supporting fan engagement with its world-wide membership open to all Celtic FC fans. CT has experience in holding the Celtic’ board of directors, senior management team and it’s “de facto owner” Dermot Desmond (with 35% block share ownership) to account at informal meetings and formal AGMs. CT has been actively involved over the last decade or so with discussions with Celtic PLC’s senior management in relation to issues of fan concern. It is important to realise that CT as a “shadow board” is in a unique position not only to strengthen the Celtic fans engagement but also fan ownership of Celtic FC with the intent that our iconic club is run in a progressive manner with integrity, transparency, and European football ambition.

In Principle, Celtic FC and CT can follow what is happening at Liverpool FC.   Liverpool FC is setting up a new Supporters ‘shadow’ Board that will deliver meaningful fan representation at main board and executive levels as part of the club’s commitment to put supporters at the heart of its decision-making processes.  The club after consultation process with supporter organizations has agreed that the new governance arrangements will be enshrined in the club’s Articles of Association and a legally binding Memorandum of Understanding. The Supporters ‘shadow’ Board will be made up of a group of supporters that represent the club’s diverse fanbase. The Official Liverpool Supporters Trust will be responsible for running the Supporters Board and will be liaising with its affiliate groups and the wider supporter base in order to ensure such representation is achieved. The Supporters Board will hold regular meetings with the club and the shadow board’s chair will be invited to attend LFC’s main board meetings when fan-facing strategic matters arise. In practice, the Liverpool FC’s supporters ‘shadow’ board has already been captured by Liverpool’s owners and senior management team. The capture is through Liverpool’s owners and senior management team having major representation on the shadow board. In other words, the shadow board is not independent. The capture is compounded by the board’s meetings’ agenda being set by the unelected owners and senior management team.

In conclusion, there is a need for a shadow board at Celtic PLC and the Celtic Trust is best placed to be responsible for running Celtic’s shadow board since it is an independent democratic organization that is actively involved with fan engagement and fan ownership. CT just as importantly has tremendous experience in holding the Celtic PLC’s board of directors and senior management team to account at AGMs and informal meetings.