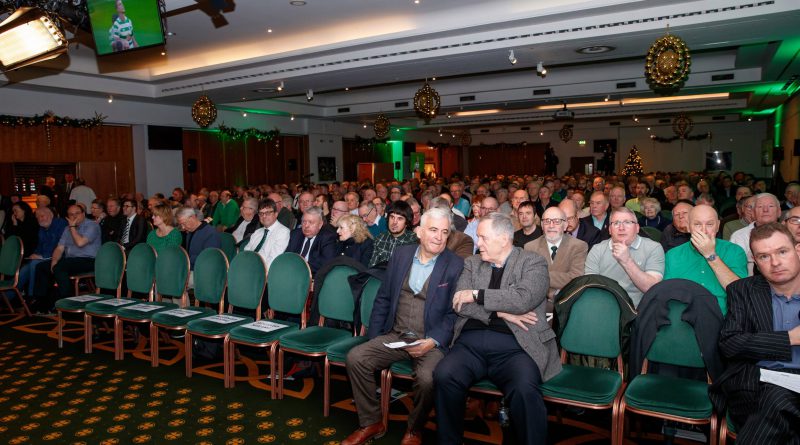 When we were originally founded in 1999-2000 we set out our vision of how we wanted Celtic to be owned and controlled – that is as a mutually-owned organisation in which the member(supporters) would have well-developed mechanisms for having a say in the future of the club which we all love.

We provided a very detailed account of what kind of organisation we proposed to be and how we had put in place a financial and legal structure which would make the Celtic Trust, not just a supporters’ organisation, but the vehicle which would allow the wider Celtic support to acquire a greater degree of control over how the Club was run.  We remain, in that regard, an Industrial and Provident Society, registered and overseen by the Financial Conduct Authority with a detailed constitution which ensures our democratic and financial accountability to members.

Our vision for Celtic remains in place today but it is the case that we have tended not focus on that aspect of our aims and objectives for a very long time and have become instead, a reasonably successful, campaigning supporters’ organisation.  There is nothing wrong with us taking up that role and we make no apologies for the way that we have played a leading role in campaigns which have been very important to individual Celtic supporters and to supporters as a whole.

We list among our successes our role in the FAC campaign, our role in defending the Dam Bhoys and various other less well-known campaigns. Moreover, we have (solely or in conjunction with others) campaigned/negotiated, successfully for, among other things:

However, the Trustee Board now acknowledges that many of the current cohort of fans really do not know what kind of organisation the Celtic Trust is and why the original reasons for its foundation remain valid today.  We feel that it is time to restate our original aims and to make clear that the purchasing of shares in Celtic PLC and the combining of the voting power of shareholders under its umbrella is as important now as it was twenty years ago.  The business of football is even more globalised and removed from ordinary fans than it was two decades ago and while Celtic has come through those decades relatively unscathed and in a secure position, we, like every other, club remain at risk of malevolent takeover by forces which have no understanding of what our club is about, what it means to our community and how much more than simply a football  club it is.  The value of the club has increased hugely in that time and our ability to acquire/control sufficient shares to own it is undoubtedly out of our reach at this time. However, recent experience of other clubs is proof positive that if we can acquire a sufficient minority holding/combined shareholding then we could act as a bulwark against a malevolent takeover by forces with no interest in the history and importance of Celtic beyond its potential for extracting value from a very successful, potentially undervalued club in a relatively minor European league.

To this end we propose the following to the 2020 AGM: